What is the favourite SVU activity of SVU’ers?

They had some difficulties with choosing only one activity… because every SVU activity is of course one for the books. We got a wide variety of favourite activities, so you’ll also get a quick overview of the big activities SVU plans in a year.

At the beginning of the new volleyball season, one of the first big activities is intro weekend! Robin from gents 4 is sure this is his favourite SVU activity.

Robin (G4): ‘’I still remember how shocked I was when I first experienced this last year. I didn't know what happened all the time, but I enjoyed it so much.’’

Sometimes crazy things happen at intro weekend, but don’t be scared it is only fun to get to know everyone at SVU a little bit better. This year, Robin was honoured to organise and be on the committee of the intro weekend.

Robin (G4): ‘’It was really great to see others carry out assignments that we had come up with. Not to be forgotten were also the reactions of people after they had taken a sip from my bottle, which contained everything but water.’’

Dare to say that intro weekend is always a weekend to remember. Or is it? 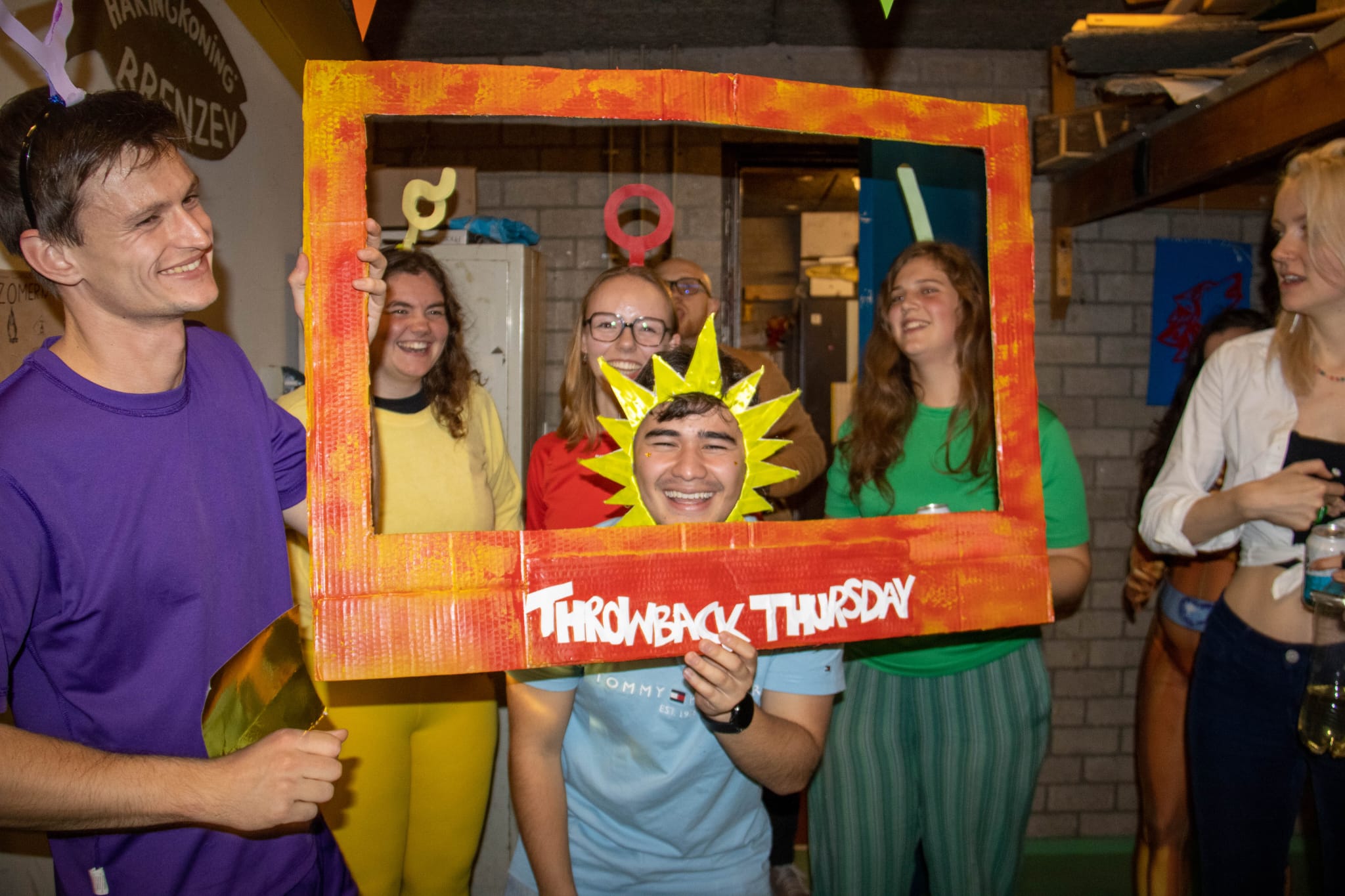 Next up we have IT! Every November, SVU organises an International tournament with volleyball teams from all over Europe. This is a favourite of many players at SVU and especially your first IT you won’t forget according to Auke (G1) and Emma (L5).

Auke (G1): ‘’The event was pretty hyped up, but afterwards this was definitely justified. You get to know new people and really get to know the people you already knew.’’

It is Casper’s (G2) favourite since: ‘’it is such a big event and a great combination of volleyball matches and parties, together with SVU and foreign teams!’’

Emma’s (L5) first IT was already three years ago, in 2019. An unforgettable IT that was for sure. Since it was finally possible again this year, she grabbed her chance and enjoyed it twice as much.

Emma (L5): ‘’At IT, all my favourite activities come together and that for a whole weekend!’’ 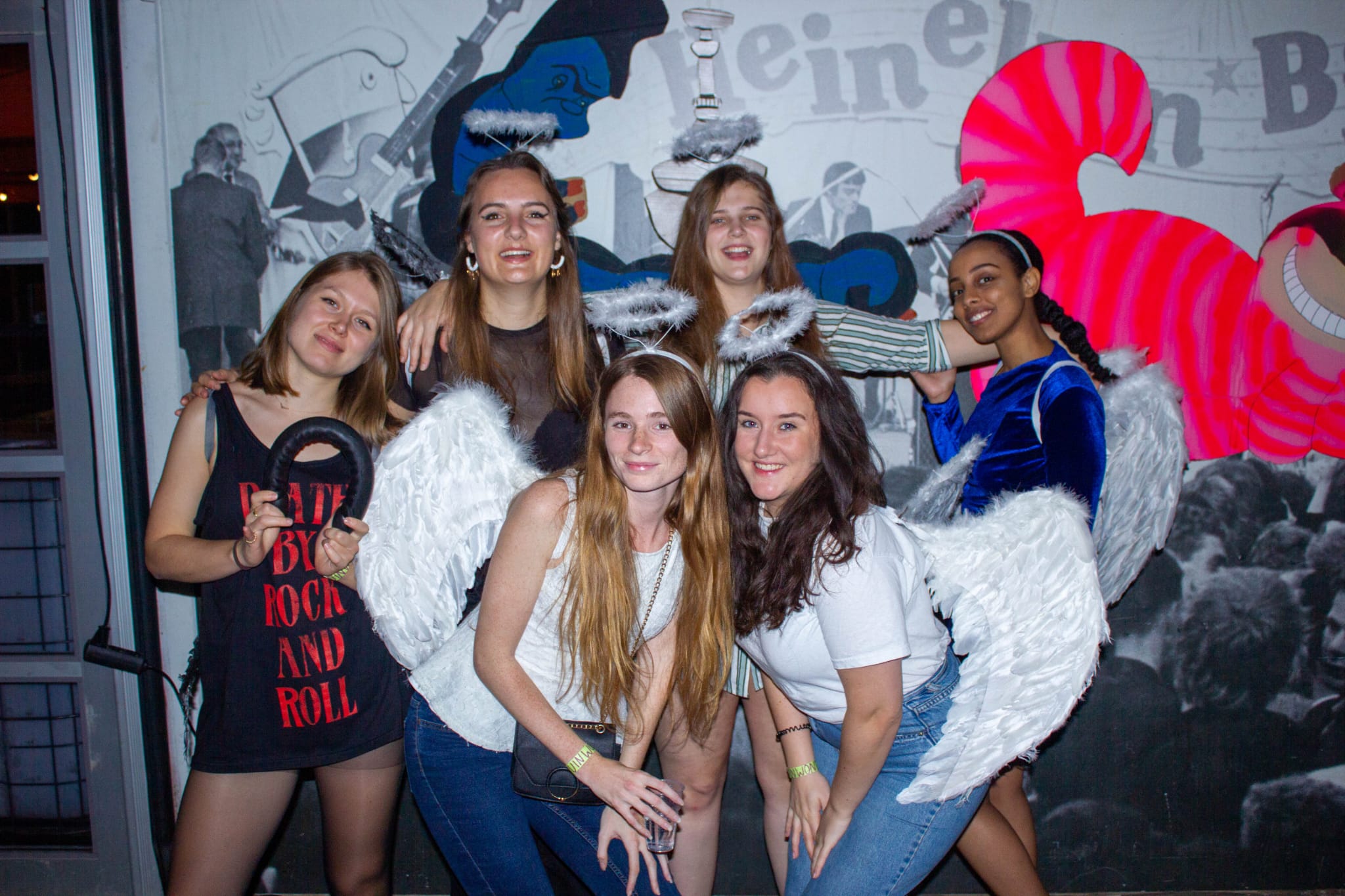 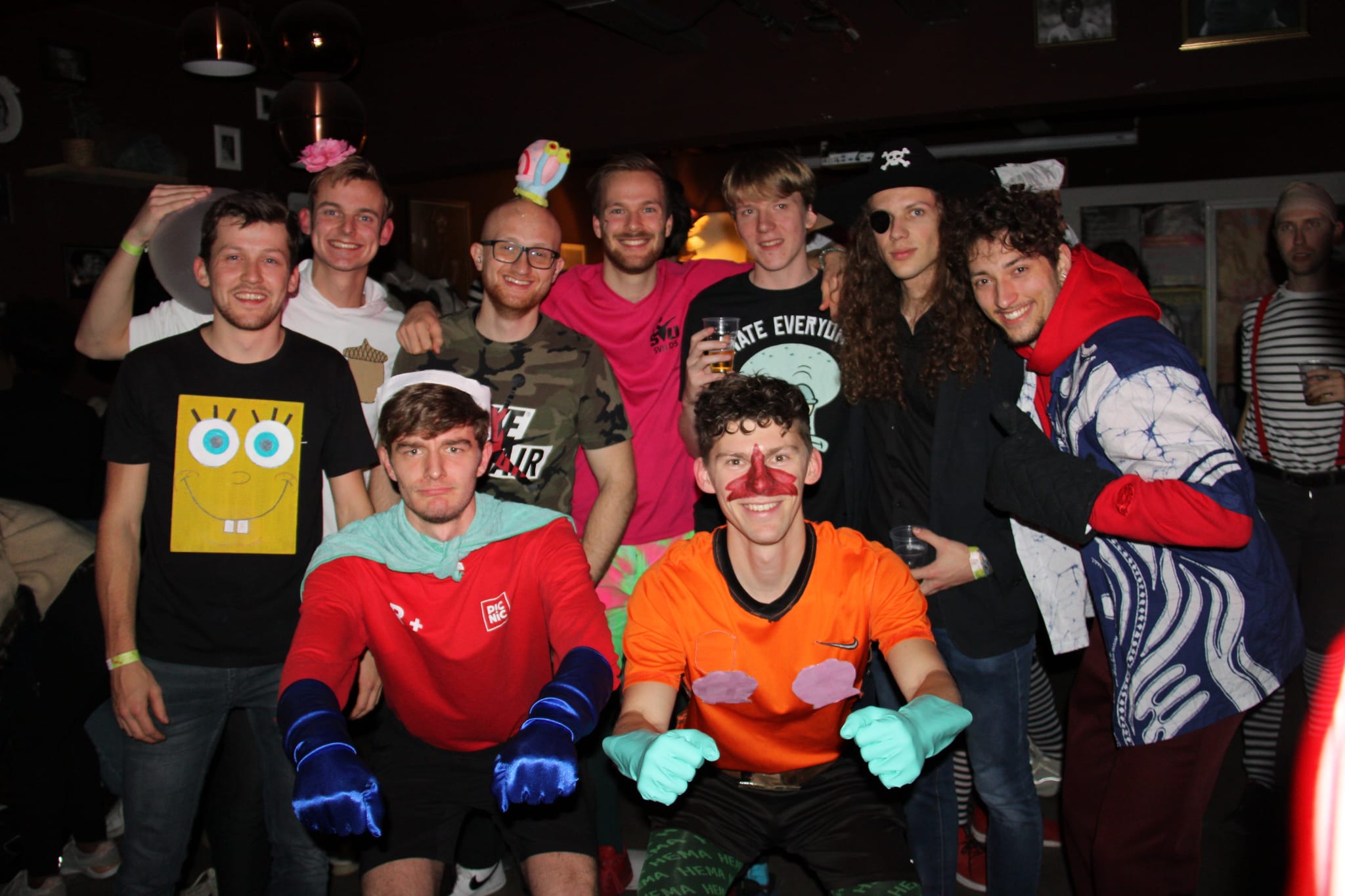 Next up is the SVU night tournament. Also a favourite for many, but especially for Elbrig (L1), as it is close to her heart. Her best memory is of her first NT, because of her lovely team (‘chickens’) and the combination of playing volleyball and having a drink (or maybe a bit more than one?) in between.

Elbrig (L1): ‘’Also last year with the mixed team’s edition, it was a huge success, so the NT has a special place in my blue orange heart.’’

Also Roman (G3) is very fond of the Night Tournament. First playing volleyball, while getting a bit tipsy and then having a party afterwards.

Roman (G3): ‘’Everybody starts playing the tournament to the best of their abilities, but as the night progresses, you’ll see more and more glassy eyes, unbalanced people and people who have forgotten how to speak English. In my case, it resulted in me not being able to get a single serve over the net.’’

Can it get more awesome? Yes, since NT 2023 is less than two months away!!

Next-up is an event not organised by SVU, but nevertheless an event in which a lot of SVU’ers participate. This event is called Hajraa of course; the biggest European volleyball tournament on grass. Worth mentioning is the famous Hajraa party after a day of volleyball.

Theresa (L9): ‘’The big party in the evening, including a beer shower, was a whole new experience for me.’’

In the summer months, SVU organizes a surf trip. A SVU highlight for Nathanya (L6) and Joris (G3).

Nathanya (L6): ‘’While it wasn’t an official SVU activity the previous volleyball year, my favourite is without a doubt the surf trip to Mimizan! It was such an adventurous and relaxing getaway with SVU members I hadn’t gotten to know yet or talked to often. Already can’t wait for the next time SVU surf’s up! Hopefully with less saltwater in my mouth this time’’.

Joris’ first vacation with SVU, is a vacation to remember.

Joris (G3): ‘’lots of fun, surfing, beach volleyball, enjoying the sun and partying at night. With such a big group, even more than 30!’’

Lots of other activities!

To close it off, these are of course not all the activities SVU organises, that would be too much for just one blog post! For example, the yearly Halloween party, which was Terry’s (L3) first-ever SVU party and still a memorable moment. Last but not least some SVU teams celebrate St. Nicholas together, as the teams organise a lot of things themselves. Last year ladies 4 for instance, still Simone (L3) her favourite SVU activity with her championship team. Silke (L3) her disposable camera captured all the amazing moments, so they are now captured forever. 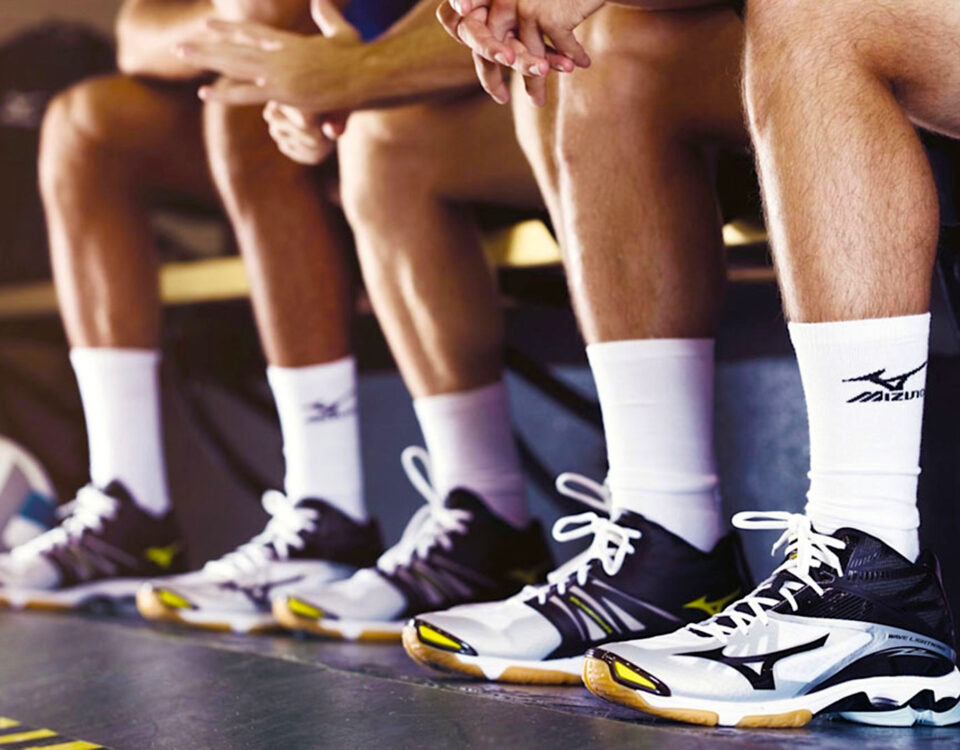 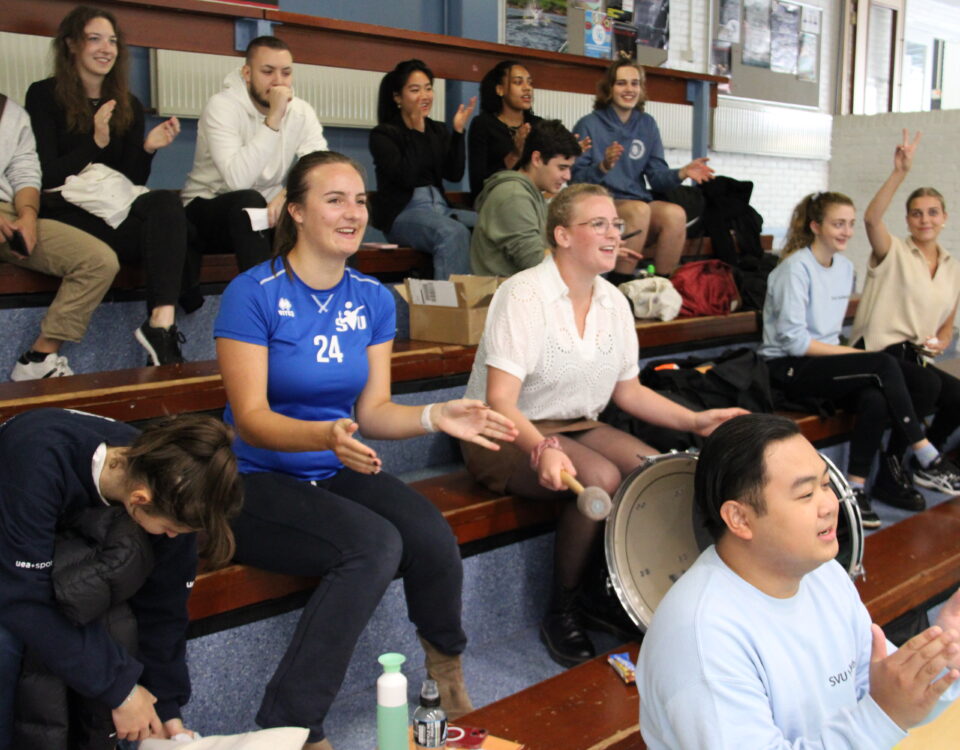